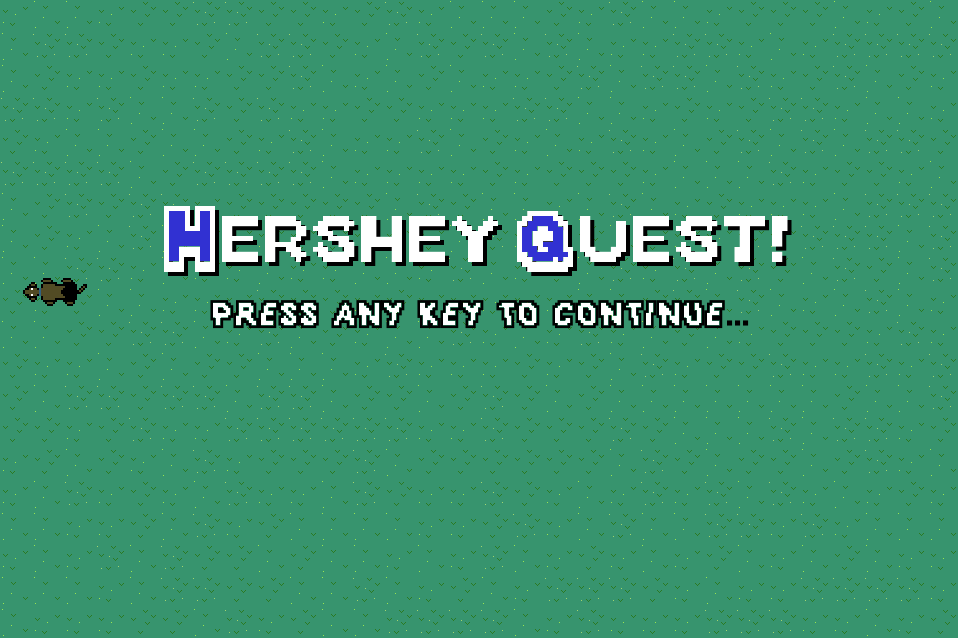 Hershey Quest is a super-short 3 level game that I made secretly over the course of 4 months leading up to my girlfriend’s birthday. Hershey is her Beagle that she loves very much, but he is a huge wimp so I made that the main mechanic of the game. I made every single asset in this game except for the fonts (the fonts were free fonts from dafont). I hand drew all of the pixel art, including the world assets, and animated it myself (obviously I am not an artist or an animator) and I created all of the music.

This game is by no means a full-fledged game, nor was it intended to ever be anything more than a fun personal gift. I wanted to put it up here though, because it showcases a game that I made from start to finish which was 100% created by me.

Hershey Quest was written in Java using LibGDX and runs on Android, Windows, Linux, and Mac.

To run the desktop version install the Java JRE and then use java -jar HQ.jar from the command line.